Here are the latest characters to join my deck of playing cards: Meet the Knight, Queen and King of the Diamond – Pentacle Royal family: 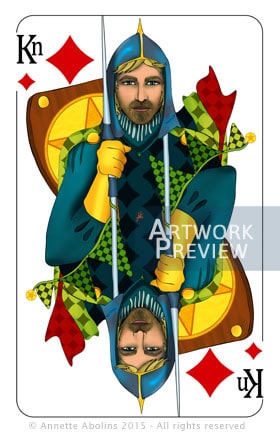 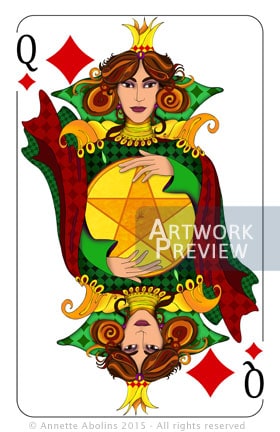 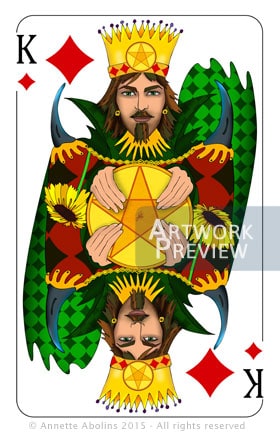 From Tarot to Playing Card …

After working on Nine Lives Tarot for more than 3 years, I found myself with plenty of inspiration to delve deeper and explore the court characters from a different angle. It’s often the way with creative work; while busy with one project, new ideas pop up and lead to more inspiration – Now I find myself thinking of the next deck already … :)

Starting with the original artwork from Nine Lives Tarot, I set about re-drawing each royal (or court) character to match their corresponding playing card suit; where each house has a newly designed clothing label. Because the originals weren’t intended to ‘stand on their heads’ it is quite an involved process to jig-saw, draw and paint the two halves together. 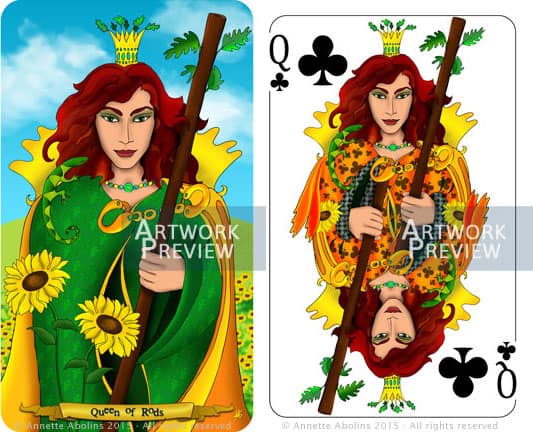 I love the mirror look in playing cards (where almost every card in the deck can be viewed upright from both angles), and despite the time involved, it is fun to do.

Thank you for visiting and take care!