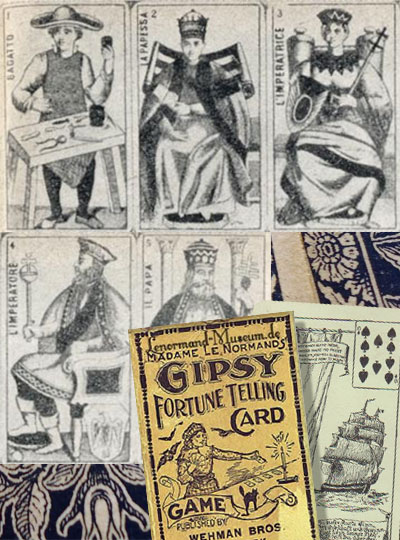 While the history surrounding the origin of the Tarot does vary – many sources suggest that an early form of Tarot was adapted into Western culture in the early to mid 1400s; a time when both card games and Cartomancy were becoming increasingly popular with people from all walks of life. Some historians believe that the Tarot originated in Italy, while others believe it was introduced to Europeans by the Gypsies travelling up from the Far East and India. Whichever way the introduction occurred, it is clear that the rich iconography made a lasting impression; which to this day sees the Tarot as a valuable and fascinating tool for introspection.

Reading Tarot fascinates, entices and entertains many, yet some fear that the cards have the power to predict imminent doom, or make bad things happen … Detailed images, rich symbols, and complex patterns connecting the cards can provide insight to the querent and reader… However, the cards themselves have no special powers, and they will not make the future happen … In many ways the cards can be seen as a tool for interpreting what the subconscious mind already knows (on some level), providing food for thought and choices for going forward.

When you start to see the patterns in the cards and how each card is connected to the other cards through an intricate visual language – the veil of mystery tends to give way to the acceptance that the visual clues presented in the cards, are there to simply help us ‘see’ on a deeper level.

Image: A Swiss deck from 1860 showing a selection of Major Arcana (or Trump) cards… and Gypsy card & poster from 1904