I chose to connect my Tarot cards to cats and their nine lives; because of the way the Tarot depicts the cyclic movement through life.  At no point does any Tarot card speak of finality and physical death, instead the cards work together to weave a visual story of  life with an open road to interpretation … understanding that like the flow of Time; past, present and future are just different states of now. 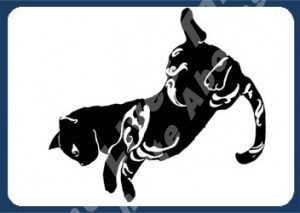 I have always loved cats; I admire their gracefulness and their ability to adapt and make the environment work for them … While some superstitions place cats (especially black ones) in the bad luck bag, I tend to believe more in the ones that say that cats bring good luck. Cats can detect the slightest change in weather, this is partly because of their very sensitive inner ears, which also help them to land on their paws when falling. Cats are also brilliant at sensing changes in mood,  health and environment; which places them in a very select group.

Cats have been important crew members on ships and boats since the beginning of sea-faring times. While part of their job-description has been about keeping rats at bay, cats on ships provide great companionship, especially as they are so adaptable. Cats have a  long-standing reputation as magical animals;  considered to be intelligent, bring luck and even protect ships from dangerous weather. Many ship’s cats became famous in their own right;  listed in the ship’s book as official crew members…  As you can see in the photo below; the ship’s cat “Convoy” even had his own hammock:

2 thoughts on “Why Nine Lives?”